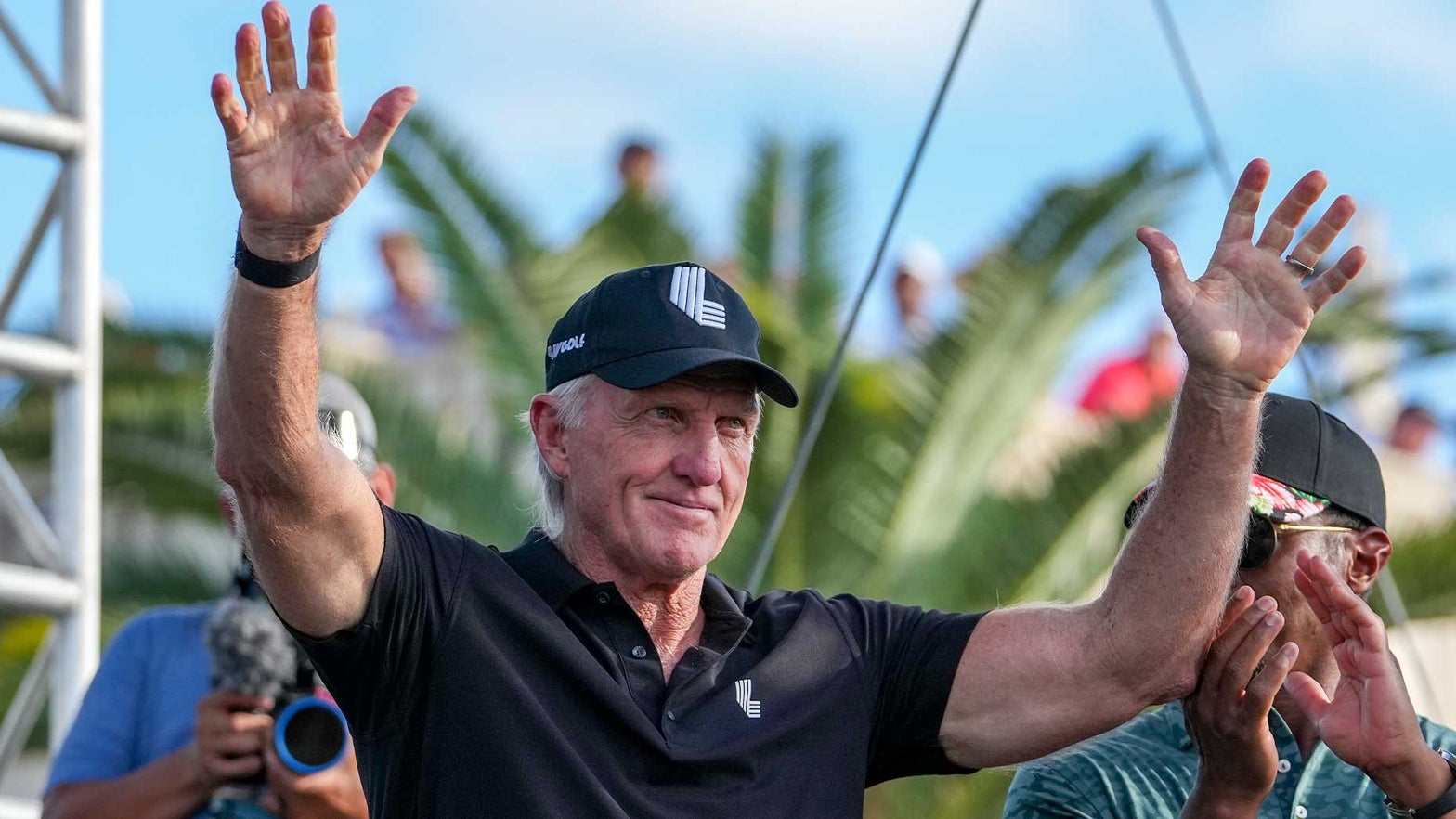 Greg Norman said Monday that he has committed to his recruiting efforts.

Words coming from Greg Norman on Monday were no different from those he had spoken for most of the past six months. Difference from these words, however, were their target audience.

As usual, Norman spoke to the media in Australia – as part of a press conference, announcing future league event in Adelaide — with a mixture of boasting and exuberance.

“Yes,” said Norman with a smile.

“Yes,” he repeated. “This is probably the shortest answer I’ve given in 45 years in the media.”

This, like those who have followed Norman (and LIV) closely in recent months, was not unusual. Norman has been LIV’s general teaser since the league’s inception, feeding the rumor mill a constant diet of breathless speculation and conjecture. This is in his best interest – partly because no one can prove that what he says is not true, and partly because a few well-timed rumors can give LIV rare leverage.

However, in Monday’s press release, Norman’s audience seemed to have changed before our eyes. When asked about the league’s efforts to attract top talent, Norman didn’t turn the spotlight on, but turned it over to his players for the first time.

“Look, I think this is more of a Cam Smith decision, right?” Said Norman when asked about LIV target Adam Scott. “Cam needs to grow his franchise. Cam is in charge of his franchise along with Mark Leishman. They have to see what’s best for them in the future.”

When pressed again, Norman bent, but did not break.

“I don’t delve into the players we target or don’t target,” he said. “We just had a conversation about Adam Scott. Basically, when we look to the future, it’s franchises. They are responsible for developing their franchises right now. So everyone looks at different players from different perspectives.”

For LIV, the decision to place the burden of LIV’s recruiting efforts on its players is a careful calculation. On the one hand, the importance league franchise structure, in which top-level players own shares of ownership and are responsible for expenses associated with the team. Second, it diverts attention from the LIV’s controversial source of money – the Saudi Sovereign Investment Fund, with which LIV has become synonymous – to the figureheads the league hopes will usher in a new era of professional golf.

But this does not mean that Norman is going to stop selling. fully. Even as he tried to delegate more responsibility to his constituents, he found himself fanning fires around potential league additions.

“I will say this: we will definitely sign more players eventually,” he said. “There is a lot of interest because of the success of what happened this year. There were a few players who sat on the sidelines and now that they’ve seen the success and seen the DJs play and 4Aces’ success, it’s a very, very tempting opportunity.”

Norman knows that one of LIV’s best chances to catch on is in a team format. This applies to both players and fans.

As with all LIV, a larger question looms: any of this… true? It is hard to say. On the one hand, probably Mega income LIV interesting at least somebody note in the world of professional golf. On the other hand, Norman’s latest response to the league’s recruiting efforts is quite Freudian.

“The people who have been bystanders, trying to sit back and watch,” he said, “are the ones who are probably – not likely – those who are knocking on our doors now.”

James Colgan is an Associate Editor at GOLF and writes articles for the website and magazine. He hosts Hot Mic, GOLF’s weekly media column, and draws on his broadcast experience on the brand’s social media and video platforms. 2019 Syracuse University graduate James – and obviously his golfing – is still thawed out after four years in the snow. Prior to joining GOLF, James was a caddy scholarship recipient (and astute player) in Long Island, where he hails from. He can be contacted at [email protected]

Like everything Trump touches, LIV Golf became about him